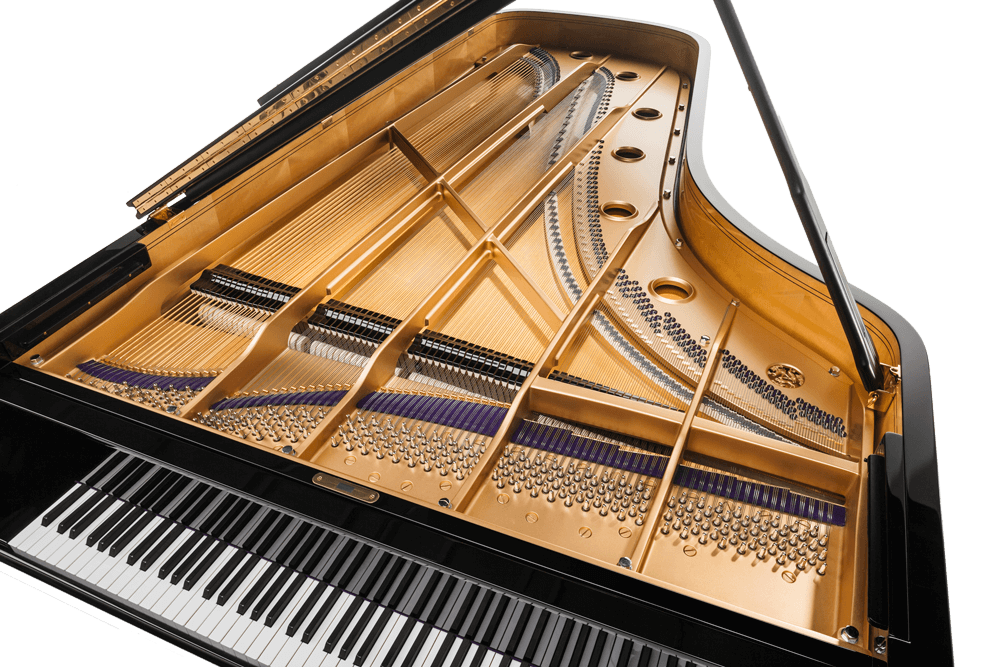 The differences in sound properties between brass-wound and copper-wound strings is a topic on its own. In a nutshell, brass gives a cleaner, calmer sound with somewhat less depth. Copper, however, sounds a little woollier and less well-defined than brass
Based on this knowledge, we decide which materials to use where
We can then make the necessary calculations to obtain the best possible scale that has both a smooth ADSR progression and balanced clarity
These two factors together produce a homogeneous sound
Achieving the best result depends not only on proper scaling but, for bass strings in particular, also on ensuring the correct manufacturing process